Kairi x Sora or Sokai is the ship between Sora (ソラ) and Kairi (カイリ). In Japanese it's called 空海 from the kanji for sky (sora) and sea (kai). The ship originated in Kingdom Hearts I with the introduction of both characters involved. It has enjoyed popularity in the fandom due to its early existence and its large amount of canon content/support.

Kairi is a Princess of Heart, a young lady with a heart of pure light and a great potential for magic. She lives on the Destiny Islands but her early childhood was spent in Radiant Garden before the fall. Her past is mysterious due to her amnesia, though her being a Princess of Heart has effected her life from an early age and made her the victim of apprentice Xehanort's curiosity. She is the childhood friend of Sora and Riku, the latter of whom she receives a keyblade from. Like Sora, she is driven by finding her friends, especially after they leave her behind. She is determined, loyal, and thoughtful.

Sora is the protagonist of the Kingdom Hearts series. He's an adventurous, optimistic, and friendly teenage boy hailing from the Destiny Islands. While he's meant to be an ordinary boy, circumstances beyond his control force him to wield the Kingdom Key keyblade and traverse the worlds. Throughout the series, his primary motivation is reuniting with his childhood friends, Riku and Kairi, although he often ends up helping those he meets on his travels along the way

Sora and Kairi first meet as young children sometime between Birth by Sleep and Kingdom Hearts I. They become close friend and perhaps even have childhood crushes on each other, as evidenced by the drawings they made in the Secret Place that depict them exchanging paopu fruits with each other. According to local legend if two people share a paopu fruit "their destinies become intertwined".

In Kingdom Hearts I, they are shown playing and talking together before their home falls to darkness. Kairi's heart rests inside Sora's while he goes on his adventure to find her. Upon finding her body with Riku in Neverland, Sora tries to save her and later chases them to Hollow Bastion in an attempt to recover her. He fights Ansem, Seeker of Darkness (who is possessing Riku at the time) to protect her and stabs himself with a keyblade to release her heart, turning himself into a Heartless. Kairi protects him in turn. She's able to recognize him in his Heartless form and her powers as a Princess of Heart restore him to human form when she hugs him. Sora then takes Kairi to Traverse Town and after Sora refuses to let her fight with him in the final battle against Ansem, Kairi gives him a traditional Wayfinder charm, stating "It's my lucky charm. Be sure to bring it back to me." Kairi once again expresses her faith that Sora will return to her in the game's ending, and after they're separated Kairi is seen looking over their cave drawings and out at the sea, missing Sora.

In Chain of Memories, Naminé's interference erases or changes most of Sora's memories, including those of Kairi and in turn, most of Sora's friends forget about him. However, upon learning the truth, Sora chooses to sleep for a year so he can have his memory restored and as of Kingdom Hearts II, it seems that unlike Selphie (and presumably the other islanders), Kairi has not forgotten Sora completely. While she can't remember his name, she does remember that there was another boy that she played with, and she writes him a letter that she releases into the sea.

In Kingdom Hearts II, Sora searches for Riku and King Mickey but he still thinks of Kairi, even fantasizing about dancing with her in Halloween Town. Once he learns that she's been kidnapped, he seeks her out too. Kairi risks taking a Dark Corridor to leave the islands in search of Sora. The two eventually reunite in The Castle That Never Was and Kairi runs to him and hugs him. Kairi, now a Keyblade wielder, is able to help her friends fight, though she's not well-practiced enough for the final battle. Even so, she's able to help. Sora and Riku find themselves in the Realm of Darkness after defeating Xemnas, but the letter that Kairi wrote Sora opens a door to the light and allows them to return home. Kairi greets Sora happily and the two hold hands as Sora finally returns Kairi's Wayfinder charm.

In Kingdom Hearts III, Kairi begins to seriously train with the keyblade in the hopes of being able to fight alongside Sora and Riku and support them. During a break in her training she writes Sora another letter with no intention of sending it because, as she tells Lea, "I just like talking to Sora, even if it's only on paper." Before visiting the Keyblade Graveyard for the final battle, they return to the Destiny Islands and exchange paopu fruits and their intentions to keep each other safe.

After the first fatal visit to the Keyblade Graveyard, Kairi's faith in Sora is what keeps his consciousness intact in the Final World . . . what keeps him from crossing over into true death. After Sora abuses the Power of Waking to recover their fallen friends and allies, Kairi appears beside Sora in oblivion with golden light ahead and guides him back to everyone. Many fans, especially Sokai shippers, believe that Kairi herself is that light. In this new timeline, Sora, Kairi, and Lea fight alongside each other until Xemnas kidnaps Kairi. Sora goes after them and becomes furious when Master Xehanort kills Kairi. After defeating him, Sora risks his existence once again to use the Power of Waking and save Kairi. In the ending of the game, the two are seen watching the sunset away from everyone else. Sora holds Kairi's hand, leans in, and then fades away.

The Re:Mind scenario expands on Sora and Kairi's relationship in the end of Kingdom Hearts III even more. Exactly how Sora manages to save Kairi is shown and in the climax, Sora and Kairi fight Armored Xehanort together before returning home. They spend time together before Sora disappears; watching the sunset from the Twilight Town clocktower, watching the fireworks show at Disney Castle, and helping Chirithy reunite with Ventus. In the Limit Cut episode, it's said that Kairi's agreed to sleep for a year in the hopes that the Radiant Garden scientists can find clues leading to Sora if they study her heart. 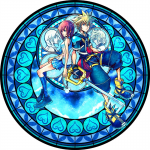 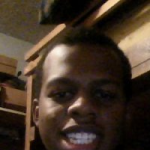